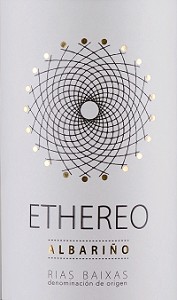 Producer Bodegas Eidosela is the realization of a vision between friends, combining the efforts of 61 growers in the Condado do Tea subregion of Rias Baixas. Combined, these growers have a total of 45 hectares of vineyards, cultivating the varieties Albarino, Treixadura, and Loureiro. The state of the art winery boasts large facilities equipped with the latest technology to combine tradition and innovation. The name Eidosela arises from the union of Eidos and Sela toponyms, which are the names of the district and parish respectively where Bodegas Eidosela is located, along the River Mino. Located in the northwest Spanish peninsula, Rias Baixas is best known for its extraordinary wines made from the Albarino variety. The name of the region is from the Galician language, Gallego, which means “low estuary”. It is here the Atlantic Ocean makes inroads into the land amidst legendary forests to form the ‘Rias Baixas’. Weather here is very special, with mild winters and a lot of rain (600–1600 mm per year), which continues through early spring. Summer is the driest season in this area bringing very mild temperatures. Soils are very poor in nutrients, with high acidity content on a variety of terrains including sand, granite and slate. Typical Rias Baixas parcels are very small (the average is less than ½ ha), owned and tended by family growers who then work in cooperation with larger facilities. Bodegas Eidosela is one such organization, with the combined efforts of 61 growers, encompassing 45 hectares. Vines are trimmed in pergolas at approximately 2 meters high to avoid the humidity caused by the high rainfall, and to help manage the canopy by allowing as much sunlight as possible.